Downward Dog is the sock-puppet of Fair Fairy, and sings the Fair Fairy theme song.

Downward Dog likes to call Fair Fairy "dude", which she does not like and soon, dosen't care. He follows in her evil plans because he is stuck in her hand, he doesn't enjoy villainy and is probably only in the business of evilness for being on TV (or doggy treats). For unknown reasons he is sentient. Downward Dog seems to hate the Fair Fairy as he told Gary to show the audience Episode 211, where the Fair Fairy is acting maniacal. Downward Dog usually talks down to the Fair Fairy a lot, even after she gets fired by Sam. He is a confuse to readers reading this article right now and the one's reading the book of Dog Man: Fetch 22 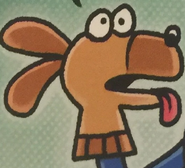 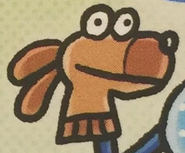 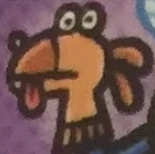 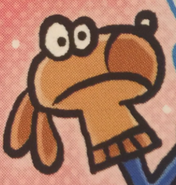